Tomorrow my oldest child will be eleven. I literally can not fathom the fact that I have been a parent for over a decade. It is true what they say about time. How it has the ability to move so fast and so very slow all at once. It has been 4,015 days and I still haven’t figured out what I am doing. I laugh when I think if the 23-year-old me, sitting in the hospital bed, pretending I was ready to take this tiny baby home. Pretending I was qualified, pretending I hadn’t wondered if the nurses would know I was an imposter. Unsure if I was prepared to fight in the event that they said they were taking her back to the nursery. They didn’t. They rolled me right out, not so much as two days later, as if the baby videos on repeat in the hospital room had anointed me and proclaimed me ready. They didn’t. We went home anyway.

There are tears when I think about that seemly large number, 4,015. Some of those days I made the most of it. The most of mothering. Some days I wasted them away, with stuff and doing. Others I wished away, if I was being honest. When these little people were making me rethink the parental role altogether. Days when I dreamed of simply wanting to go somewhere, or do something, but the frustration of logistics left be giving up on adventures. I am guessing that over half of those days I wished I had help, extra hands, extra ears, extra hearts to love when my heart was cold. How many days did I say the wrong thing? How many days did I manage to stay calm? What number of days did I fail to pick my battles, bake special treats, send kids to bed early? Even sadder yet, the number of days left for this to soon-to-be eleven year old to be waking and sleeping under our roof, 2,555.

Just a few days ago, my brother and sister-in-law became parents for the first time. A little peanut of a boy made an early entrance on Halloween. Trick-or-Treat will never be the same. I had the privilege of meeting my new nephew less than 24 hours after he made his grand debut. He only opened his eyes for a total of four seconds during my visit and I couldn’t help but feel joy for all that this new little family would experience, followed by a heavy sadness. For part of the drive home from the hospital, I cried. A mixture of all emotions that could no longer stay inside, a stunning reality about time, the unsettling feeling that I was doing it all wrong and had lost so much.

On the morning following their first night at home, my brother sent my sister and I a text message that read, “Yikes- how do you have six of these creatures combined?” At first I laughed, replying, “Jury is still out on that one.” And then, as is my tendency, I began the  over analyzation of this silly little brother of a question.

The first year, things were easy. I say that with a fuzzy memory of waking at times no one should be waking, day after day, month after month, wondering what idiot came up with the saying, “sleep like a baby,” since babies do not sleep. I was exhausted, but the baby smell, the tiny body nearly folded in half, all cuddled up on my chest made me push through. This first edition in the motherhood experiment only slept on me, like a much welcomed parasite. We somehow survived, me on coffee and Regis and Kelly, her on willpower. Somethings have yet to change.

Turn the page to a one-year-old, who talks in full sentences, is off the charts tall and everyone thinks is really a three-year-old. Enter the struggle. I think from the time people thought she was older than she was, not yet the big sister even, she acted the part. Older. You know what they say about the mind, if you tell yourself something enough times, true or not, you being to accept it as the truth. In her mind, she was three, meaning that tomorrow she believes she will be turning thirteen, not eleven, which is a whole other blog post of emotions and concerns. The point is, she was already becoming herself. The struggles of toddlerhood illustrated who she, “took after.” It became clear that our likeness in thought process, talents and stubbornness was going to do one of two things. Allow our bond to become a brightly weaved tapestry, illustration the struggle with beauty and grace, and proving we are bond together, or destroy us.

Struggle continued through the preschool years, where I learned rather quickly that letting her dress herself might bring about some unkind comments from by passers, I.E. Another preschool Mom who commented that she would never let her daughter dress herself because she wanted her to have “good fashion sense”, but it was much easier than the battle before sunrise that occurred otherwise. And please let me just note, that now all the mixed-matched pattern stuff is quite the hoopla, so I consider my girl a trendsetter. Her new commitment to shorts with leggings has started a movement at the Arts Academy this year, or so I am told.

Once we hit elementary school it was quite clear that to remain close to my sweet girl I had to let go. I had to realize that her choices, her outspokenness, her disregard for the opinion of others, not with disrespect but with a strength I had yet to find to not care what people thought,  all of it had to be distant. My own need for control and fear of what would happen if I let up on that control, was like a giant eraser.  Taking swipe after swipe, almost undetectable at first, away from the colorful portrait that she was attempting to create. The less erasing I do, the more amazing the artwork is becoming.

Earlier this year her fifth grade teacher assigned the parents the first bit of homework. To write a short essay about their child, entitled, In a Million Words or Less, to help him get a little insight on each student. I welcomed this assignment, for a couple of reasons. In my mind and heart I felt it was a brilliant request.  Beneficial for the teacher, sure, but as the author of this little ditty it made me look at my daughter in a way I sadly, do not always see her. For her. Not in the realm of my thoughts about her, not within the confines of the values I want to teach her, not as a product of her manners or the chores she did or did not do and not as a list of accolades or talents. A sum of all things that make her the fifth grade version of herself.

I went back to read this short essay today and was reminded of what a gift I was given on her birthday. While I did include her interested, hobbies and fun facts, it was the tenderness, the short lines among the narrative that I were really shinning through.

“She is a first-born and a Scorpio and fits many of the molds of both birth order and astrological signs…She is determined, fiercely competitive and likes to be in control…She is a high achiever and approval seeker who has a sweet and fragile heart and really just wants to make others proud… She cries easily and thinks deeply…But remember, she is never wrong, even when she is wrong…She is an observer and has a mind like a steel trap…She loves reading and learning new things…She can take a long time to really open up and be herself…When she does feel confident in her skin, man, is she fun!! And she has such a great, dry, witty sense of humor!…Of course I am bias when I say that she is nothing short of what her name means, or at least what the baby book says it means, and that is, Awesome.”

I want to do, more than well, as her mother, despite the fact that many days I feel ill equipped. I pray for guidance. I read articles and books, on the subject of parenting, about mother/daughter bonding. I ask other mothers. I watch and listen to podcasts.  Above all I continue to march on. For the next 2,555 days, I will not march alone, but instead, holding hands. With the hope that when those days have passed, she will know that I will always be there, to hold not just her hard, but her heart. With the hope that our cadence will always bring her home. 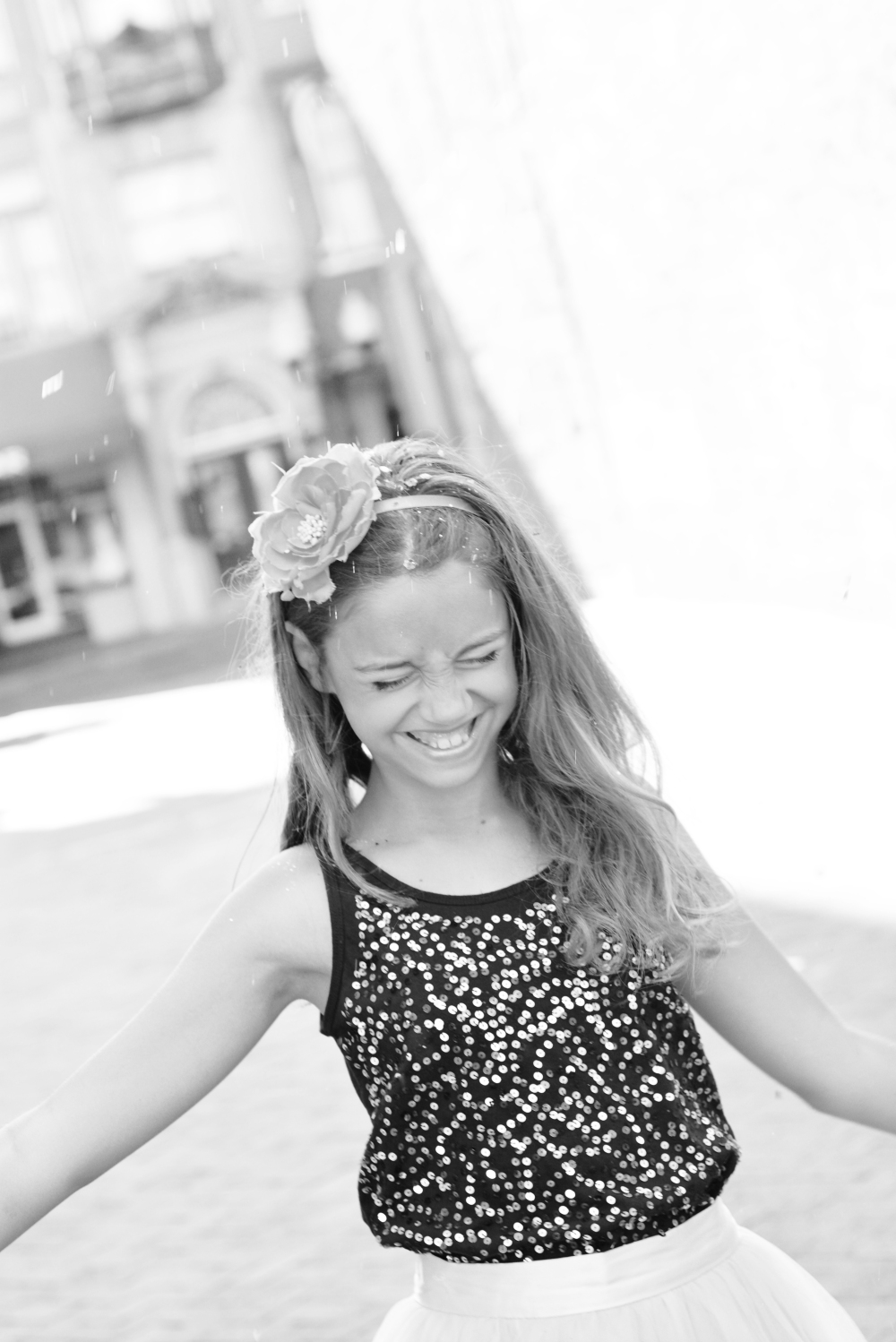